A snatch block is a pulley inside a casing mounted on a ring, and it may or may not have a shackle or a hook attached.

It's designed for redirection of the winch line, to increase lifting or pulling capacity, or help you pull your truck out of a muddy situation.

Snatch blocks let you change the direction of the winch cable, and allow you to perform a double-line pull/recovery. Different snatch blocks are used for different situations, and before you purchase a snatch block, you must familiarize yourself with the common concepts and terms. It will help you make the correct purchasing decision and assist you in operating the snatch block without an issue.

A pulley is a wheel on which the cable sits. The pulley supports movement and change of direction.

A sheave block consists of two or more pulleys used together for extra strength.

A block used to perform a double line winch recovery. It consists of a pulley mounted onto a ring. A swing block is a tool most often utilized in off-roading applications; to pull a truck out of the mud.

Snatch Block With a Shackle

As the name suggests, this is a pulley mounted onto a shackle. Most often, it's used in permanent applications where you need to pull more weight than the winch can handle. However, it can also be used in temporary applications.

Snatch Block With a Hook

A snatch block with a hook has a pulley and a hook attached at the end. These types of snatch blocks are used in temporary situations, to help with the pulling capacity.

A snatch block that lets you use a threaded nut to secure it. A snatch block with which you can mount objects vertically or horizontally.

The outer part of the block that covers the pulley.

Referred to the ropes, wires, and other equipment that support a structure.

This formula determines how much stress is put onto the block in pounds. The formula is loads in pounds (L) multiplied by the angle of the pull (A), which results in stress on the block (S). - (L x A = S)

The maximum capacity that the winch and the block can handle safely, measured in pounds.

How Does a Winch Snatch Block Work?

A winch snatch block works by wrapping the cable or a wire around the snatch block and then attaching it to the mounting point of a vehicle, or an object you're trying to pull. The pulling power doubles as the line moves only half the distance. The object isn't being pulled against an anchor point, the winch is instead pulling against itself. The snatch block, of course, has to be mounted onto the anchor point.

Snatch blocks with a single pulley do double the strength of pulling, but they're most usually used to change the direction of the pulling rope. Multiple sheave blocks are utilized in heavy-duty situations as they increase the pulling power greatly.

Multiple sheave blocks only differ from a single sheave block in that the rope goes through each pulley, resulting in much more power, but a shorter distance.

How to Use a Snatch Block

Using a snatch block is a relatively simple process, but you must understand how to operate a winch beforehand. If you don't, the entire process will be way too complicated, and we invite you to learn how to use a winch.

Mount the winch line onto the object, or back onto the vehicle to perform a double line pull. Make sure that you're mounting the line at the correct spot, as you don't want anything to break off and cause damages. Lastly, mount the snatch block itself to an anchor point. This setup will help with an odd angle, and it will increase the pulling capacity.

Otherwise, you'll have a cable that bunches up, or you could potentially damage your winch. In this case, you must make sure that both the winch, as well as the snatch block, can handle the pulling capacity. A snatch block is an extra piece of equipment that can become a projectile if the rope breaks. That's why you need to make sure that everything is set-up correctly.

Besides checking the winch, also inspect the snatch block. The snatch block itself has an extensive amount of force passing through it. Especially be sure that the anchor point can handle the pulling weight, as the slingshot effect can cause major damages and injuries.

Pros of Using a Snatch Block

A snatch block will be, without a doubt, a great addition to your winching equipment. It has no real downsides, only upsides!

Pulling at an Angle

With a snatch block, you can also mount the line back onto your truck, for an increase in pulling force. The snatch block is mounted in a position, and the wider the angle, the less force the mounting (the anchor) point will have to withstand. However, when the line is parallel to itself, the pulling power is at a maximum, giving you a mechanical advantage.

Increase The Capability of Your Winch

Snatch blocks are incredibly cheap tools that will compliment your winching equipment and assist you with many difficult applications. These little tools are borderline necessary for off-roading enthusiasts. They will pull you out of muddy and slippery situations that you otherwise wouldn’t be able to get out of.

Cons of Using a Snatch Block

Snatch blocks don't really have any real drawbacks. They're used for specific situations, and if you do need to use a snatch block, you won't have anything to complain about (except your truck being stuck in the mud).

Down below are the only 'cons' to using a snatch block that we could think of: However, these steps are necessary if you want to use the snatch block, so besides a bit of time you spend, it isn't a real ‘con’.

Using a snatch block, your winch will load the rope at a slower rate than it usually would. You could use a stronger motor to compensate, but you will need to be careful not to break the pulley on the snatch block.

Having a snatch block as a part of your winching equipment to give you a few extra options in a challenging situation will prove useful. Considering the low price of snatch blocks, you don't have anything to lose. Just make sure to properly take care of your equipment and follow the safety precautions.

Snatch blocks are very useful and very versatile tools, but there's a lack of information about them. Our staff is often contacted with similar questions, so we went ahead and answered the most common ones to save you time. However, if you're still uncertain about snatch blocks, feel free to reach out!

What Should My Snatch Block Be Rated To?

The snatch block's maximum rating capacity should be two or three times higher than the capacity of the winch. This will ensure that everything works as intended, and nothing breaks or snaps causing damages or injuries.

How Do I Pick the Snatch Block Diameter? 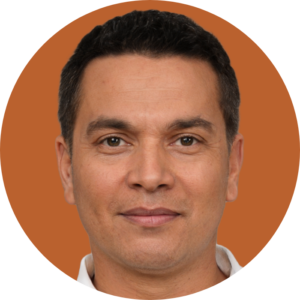